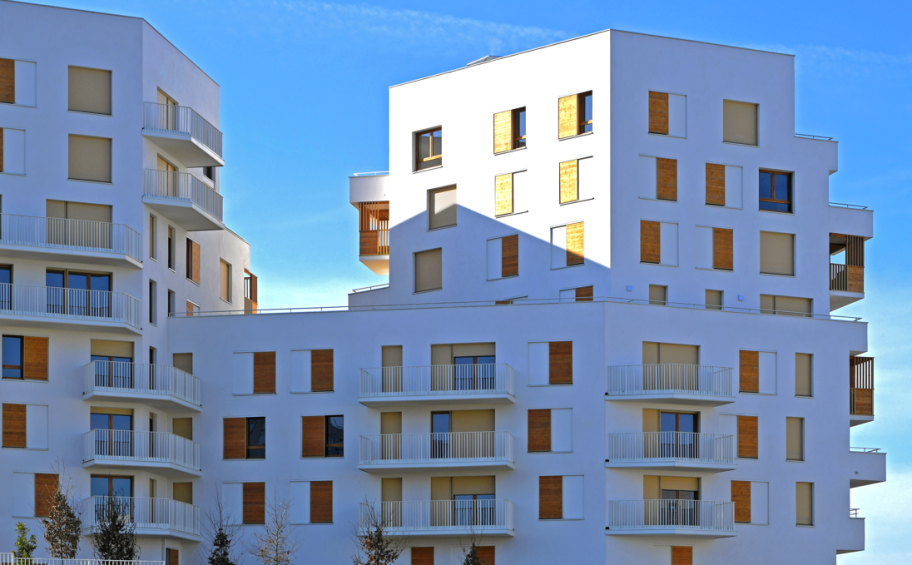 Located in the middle of the ZAC Maille Horizon Nord in Noisy-Le-Grand, the new residence "Les Terrasses Magellan", delivered by Eiffage Immobilier, is composed of 67 collective dwellings, from studios to 5-room duplexes, sold in accession

Spread over a total surface area of more than 4,650 m2, the project, built as a general contractor by Eiffage Construction teams, stands out thanks to its slender architecture and its unique composition, playing with recesses and setbacks. Terrasses Magellan reveals two buildings, united at the base but separated on the upper floors, leaving room for a planted terrace.

The white rendered facade provides maximum clarity and highlights the wood of the loggias and woodwork. The loggias offer a view of the Marne valley and feature planters to underline the charm of the whole.

In terms of mobility, the residence benefits from direct and rapid access to the center of Paris via the A4 and A86 highways, as well as public transportation via the RER A (less than 10 minutes' walk) and multiple bus lines (lines 120, 220, 520 and 306) are accessible nearby.

This building is certified NF Habitat HQE level Excellent and meets a strong quality and energy approach by having obtained ISO 9001 and 14001 certification. In this respect, it fully meets Eiffage Immobilier's environmental excellence objectives.

In addition, this program is part of the "1 building, 1 piece of art" charter, which aims to introduce art into the lives of local residents. Two works by Octavio Amado, "Vanité Blanche" and "Vanité noire", are featured. The two works dialogue with each other, via the mirrored surface-support, to compare the beauty of their forms, the softness of their luminosity and the brilliance of their golden ornaments. One of them has white modules identical to silk, the other has gold reflections that create an optical illusion in space.

Congratulations to our teams and partners involved in the project: