Eiffage and Termotecnica sign an EPC contract for the Puerto Antioquia, Colombia, port infrastructure for a total of approximately €345 million 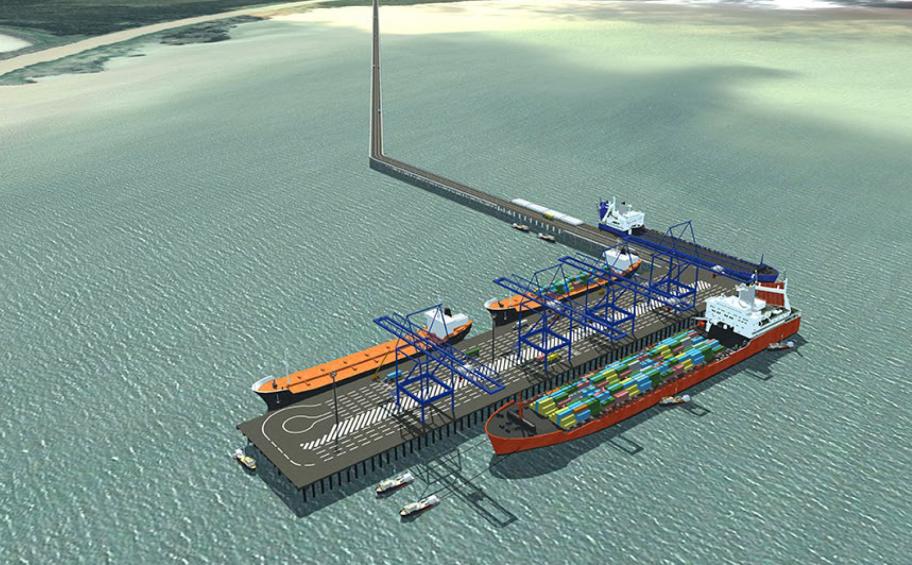 Eiffage, through Eiffage Génie Civil Marine, leader of the 50/50 consortium with Colombian company Termotecnica Coindustrial S.A, has just signed the EPC (Engineering, Procurement & Construction) contract for the Puerto Antioquia port infrastructure in Colombia, worth a total of US$370 million (or just over €345 million*).

Eiffage Concessions also takes part in the project as indirect minority shareholder in the dedicated company, Puerto Bahia Colombia de Uraba S.A., alongside the CMA CGM Group, a world leader in shipping and logistics, through its subsidiary CMA Terminals, and local partners.

The project finance is provided by the Inter-American Development Bank and Colombian banks FDN, Davivienda and Bancoldex, as well as by the GIP investment fund plus an equity contribution from the project company's shareholders. The US$760 million (€710 million*) finance for the main and ancillary terminals and all port equipment was finalised at the end of December 2021.

Located on Colombia’s Atlantic coast, the Puerto Antioquia project is considered a priority project of national interest by the Colombian government. It is strategically positioned on a major international container transport route, close to Medellin, one of the country's main economic areas.

The contract covers the design and construction of the complete port infrastructure including a five-berth offshore concrete platform linked by a 3.5-kilometre offshore viaduct and a 320-metre bridge, to a 35-hectare onshore terminal fully equipped with operating buildings and warehouses.

On site production will be preferred when possible. For example, all the steel piles for the viaduct and the docking platform will be manufactured on site, as will the prefabricated concrete elements for the viaduct. The mooring platform concrete deck will be cast on site using the extensive maritime resources provided by Eiffage Génie Civil Marine.

Work is expected to start in the second quarter of 2022.

This contract won by Eiffage in South America consolidates the Group's position in large, complex, multi-trade international projects that call for specialised maritime civil engineering skills, such as those currently in progress in Africa and the Middle East.